At a glance, we can notice some price levels. The last trend is bullish (confirmed also by the green candle), from 1.24 (see the bullish trendline).
There is a support at about 1.249 and another at about 1.27. This last one is important due to the fact that previously, it represented a resistance (in the year 2017).
Another price level is 1.32 : it is a resistance touched by the currency cross on October 2018 and in the year 2019 ; this resistance was touched also in the year 2017.
See the following chart, to better understand the framework.

The FIBO retracements are very useful in order to fix target prices. The price level at 1.32 is far important. It represents the 50% FIBO level and the watershed between a bullish continuation (with the break of the upward resistance) and a bearish signal (reversal with the repulsion of the mentioned resistance).
Of course, to get a valid signal, we need more considerations. However, the price levels are pretty clear to set up a trading strategy.

With a closer look, the situation is the same. The long candle is bullish and other indicators seem to confirm the uptrend : the crossover of the stochastics ; the intersections of the EMA bundle (10, 20, 50)  and the crossover of MACD and MOMENTUM (see the previous chart).

With the last trading sessions, the bullish signal of the green candle would seem muffled (due to the shadows of the red candles, circled area). Anyway, let's look at the updates.

Posted by Michele Carollo at 10:39 PM No comments:

Michele Carollo
Michele Carollo (aka michele.finance). Born on November 15, 1990. Sondrio, Lombardia, Italy. Master's Degree in Economics and Law (profile in Finance), Bachelor's Degree in Economics and Management (profile in Management), at Università Cattolica del Sacro Cuore (Milan headquarters). Interested in finance and financial markets, as reflected by curriculum studiorum, tax advisor and independent trader (MSE and LSE). Accountant / financial analyst / trader / sportsman / gardener / farmer / artist. Chartist / fundamental and technical analyst / speculator / arbitrageur / trader (long/medium holding period ; short holding period ; discretionary and non-discretionary) ; investor (Buffett's school ; Graham's school). A bit of all these things together ; it depends on the stocks, on the markets, on the available time. My trading system is simple : 1) Choice of the stocks (Fundamental Analysis) ; 2) Choice of the timing (Technical Analysis) ; choice of the size and position management (Risk and Money Management). In certain cases, 1) can be supported also by Macroeconomics and 2) can be supported also by Portfolio Theory and Behavioural Finance. 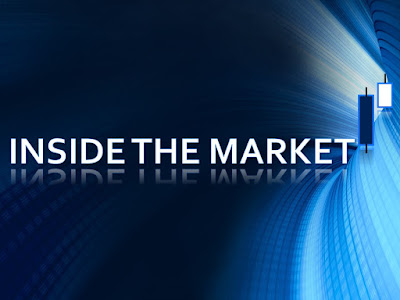